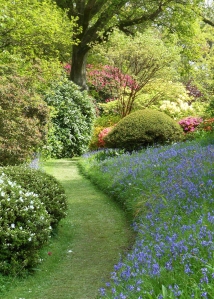 When I am thanked for providing food for thought in my writing, I am delighted!

Today’s blog may initially appear negative, but in it I am sharing a story of love, faith and devotion that ultimately brought great reward.

The lead up to Easter and the festival itself has always struck me as a time for introspective reflection which is eventually uplifted by the joyful theme of resurrection and the symbolism of rebirth. There is no other time in the calendar when the coming together of life and death is so vividly illustrated.

When we lose a child, in an instant we lose the self that we were, before that loss.

We are reborn as different people who have no choice but to live the remainder of our lives breathing our loss with every breath.

But …there are parallels to resurrection in the means by which we rise phoenix-like from the ashes of our despair.

My mother was Welsh – which in faith terms when she was growing up meant ‘church’ or ‘chapel’. She was chapel raised and in her early twenties she was introduced to my father by his sister. It was love at first sight; my father always told anyone who would listen that he knew he would marry mum the moment he met her. But they had the obstacle of faith standing in their way. I do not know today’s rules, but as a Jewish man at the time my father was warned against marrying a gentile as it would mean he could no longer practise Orthodox Judaism. However, he did not have to relinquish his faith altogether; he could follow the less restrictive form, known as Reform Judaism.

My parents were so keen to be Mr and Mrs that they went ahead anyway with a secret Register Office ceremony, but despite being married they continued to live apart, dad still with his family and mum close to her work in a rented flat. In order for their union to be officially sanctioned by the synagogue, it was necessary for my mother to study Judaism under the tutelage of a rabbi, with examinations at the end, both written and oral. She also had to learn some of the Hebrew language and be prepared to observe Kosher rules in the home.

Eventually, after a year or so’s intensive study, mum was deemed to have passed muster to join the Jewish faith and she and dad’s second, official wedding took place in a London synagogue, I imagine to the joy of both their families.

I am daily impressed by the love, faith, commitment and devotion that my mother showed in what she did. How amazing! – to love someone so much that you are prepared to convert your belief system and learn how to live according to the tenets of a different faith.

The parallel that I draw from my mother’s example to my grieving process is this:

I have the love and faith of my family and friends that sustains me through my grief and gives me the strength and ability to face learning how to forge ahead in my ‘new normal’ in a positive fashion.

Nearly ten years on from losing James, I feel loved and supported by something greater ‘out there’. I am only just beginning to explore what this something may be; spirituality, healing, an emergence of new faith perhaps… I am still searching and I feel as though this is a time of grace and exploration for me.

As things turned out, my childhood upbringing was not very religious overall so I am not confined to bias in any particular faith or belief system.

Somewhere along the line though, I have acquired an unshakeable conviction that the privations of loss and grief are pointing me towards a stronger, soul nourishing and rewarding place; I am just not sure where it is yet!

I am my mother’s daughter in terms of sheer tenacity and I apply that tenacity to the best of my ability, in this as in other areas of my life.

Happy Easter to all, when it comes….!